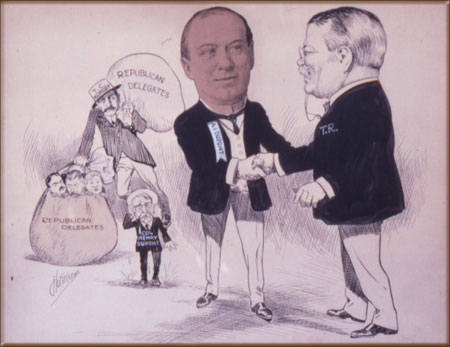 Delaware politics during the 1890s and early years of the 20th-century were especially bitter and divisive-- sufficiently so, in fact, that for two years the state had only one US Senator-- and dominated by political "machines." In 1918 Alfred was elected to represent New Castle County as a delegate to the Republican National Convention in Chicago, where he supported Theodore Roosevelt in the early voting, thus allying himself with the progressive wing of the Republican party.  Roosevelt later withdrew his name from consideration at the convention and ran for president on the "Bull Moose" ticket.  Alfred stayed involved with politics in Delaware for several years and is credited with doing much to break the power of the "machines."